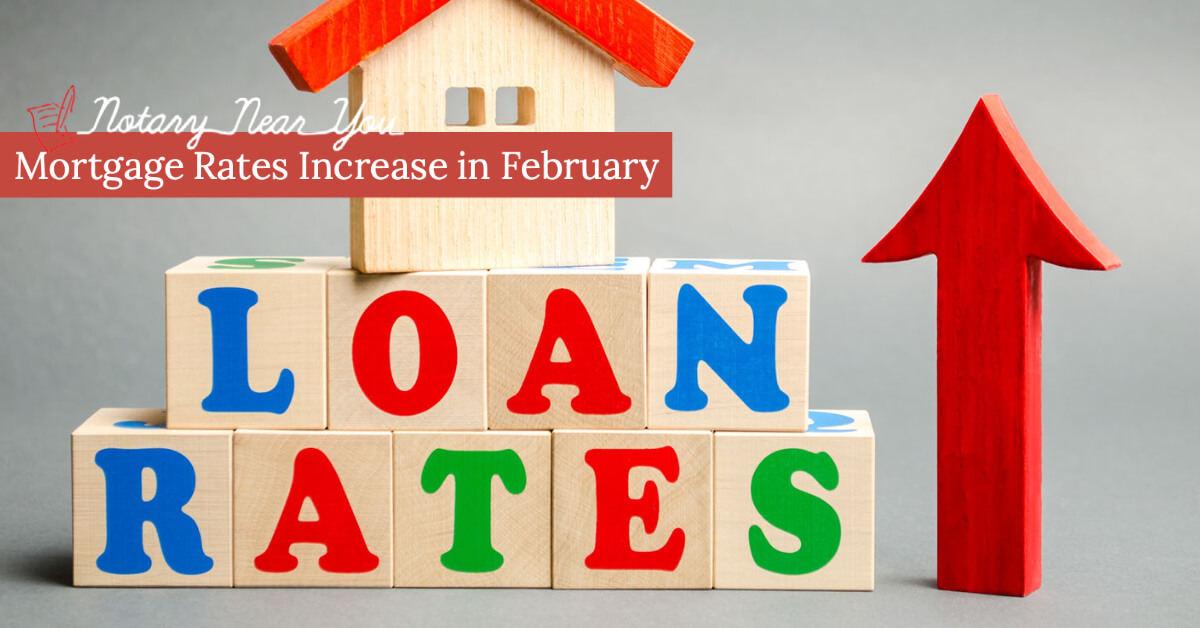 Mortgage interest rate volatility continued in February with many lenders quoting interest rates higher than just a couple weeks earlier. Many home buyers and those seeking mortgage refinance are expressing concern about how high mortgage rates may increase this year.

February 27, 2021 Notary Near You Uncategorized No comments
Notary Near YouMortgage Rates Increase in February, creating the question: What’s Next?02.27.2021
read more 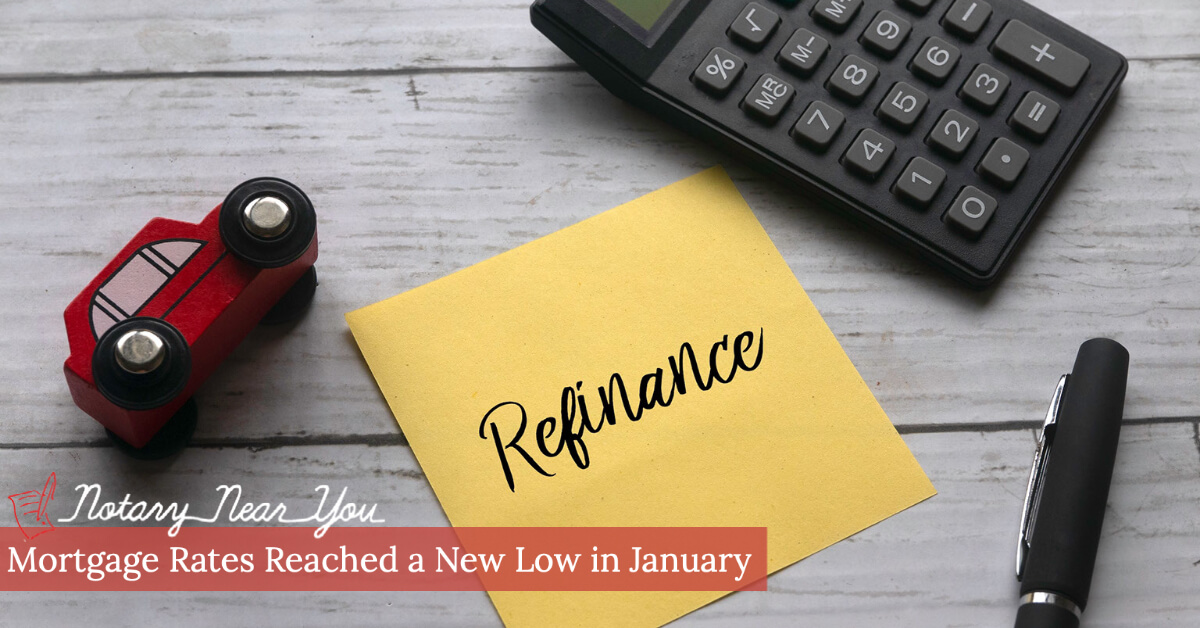 MortgageNewsDaily.com reports that according to Ice Mortgage Technology (formerly Ellie Mae), in their Loan Origination Report for January, “closed loans continued to show declining note rates in January, dropping from an average of 2.93 percent in December to 2.88 percent” and also includes “Interest rates continued to decline in January, driving up the share of refinances by seven percent,”

Mortgage interest rates have begun to rise, and as a result January saw the first decrease in mortgage refinance volume since November 2020. The long running record of historically low rates may be news of the past after several weeks of rising rates.

Home sales were strong throughout 2020, with purchase applications up 42% in December 2020 compared to same period in 2019. These results are much better than many projected in early 2020, when the Covid Pandemic brought our nation to a standstill for months. The historically low mortgage interest rates in 2020 is the clear reason for the stellar home sales market performance.

January 26, 2021 Notary Near You Uncategorized No comments
Notary Near YouHome Purchase Mortgage Applications up 42% in December 2020 compared to Prior Year01.26.2021
read more 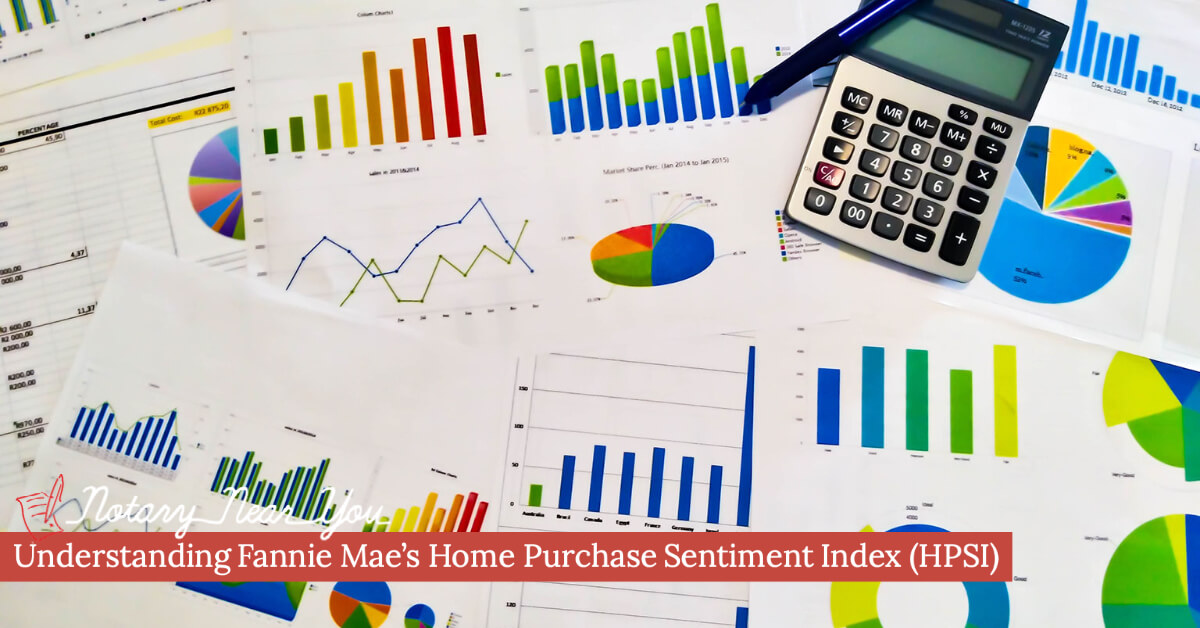 If you are following home purchase trends, whether you are a buyer or a seller, you will find many sources and indexes that will help you in your decision making process. 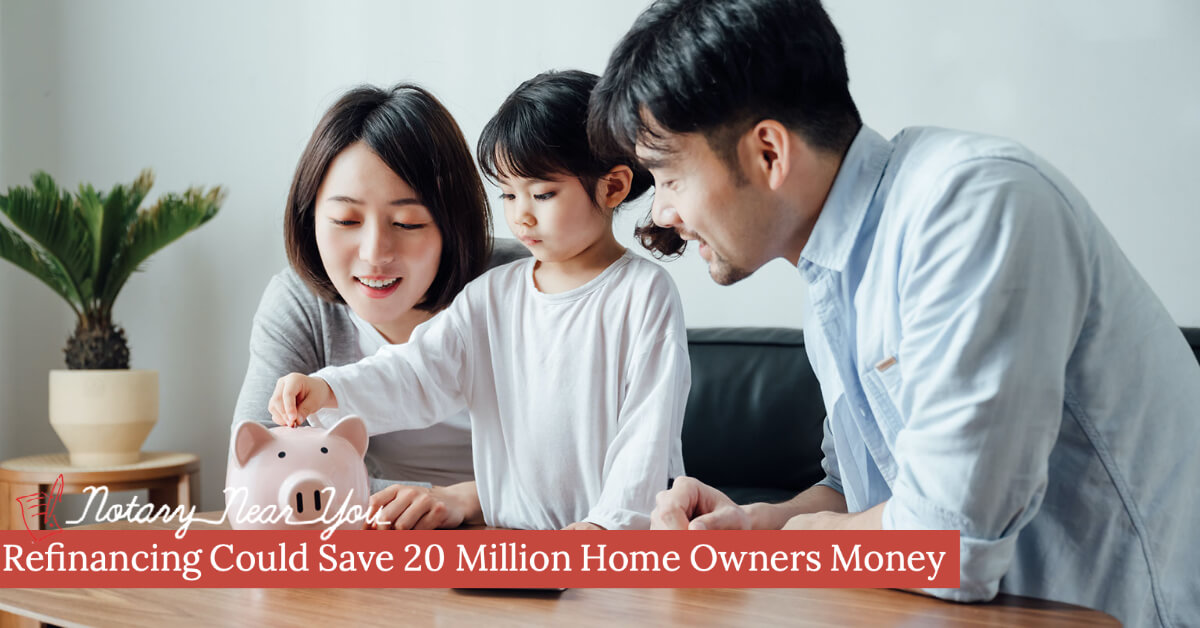 Mortgage refinance rates are at such a low point that, according to a recent article on CNBC.com, nearly 20 million home owners could save money if they refinance now. Are you one of the 20 million?

December 24, 2020 Notary Near You Uncategorized No comments
Notary Near YouNearly 20 Million Home Owners Could Save Money by Refinancing Now12.24.2020
read more 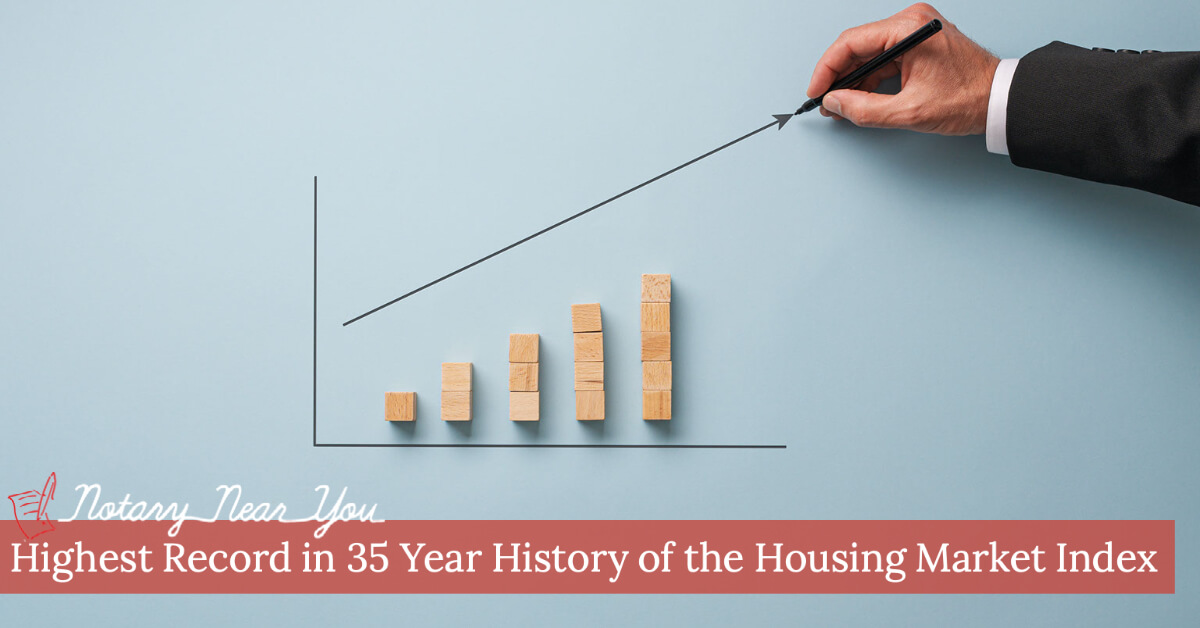 The National Association of Home Builders (NAHB) coupled with Wells Fargo 35 years ago to create the Housing Market Index (HMI).  NAHB.org defines the NAHB/Wells Fargo Housing Market Index (HMI) as based on a monthly survey of NAHB members designed to take the pulse of the single-family housing market. The survey asks respondents to rate market conditions for the sale of new homes at the present time and in the next six months as well as the traffic of prospective buyers of new homes.

November 25, 2020 Notary Near You Uncategorized No comments
Notary Near YouHighest Record in 35 Year History of the Housing Market Index11.25.2020
read more 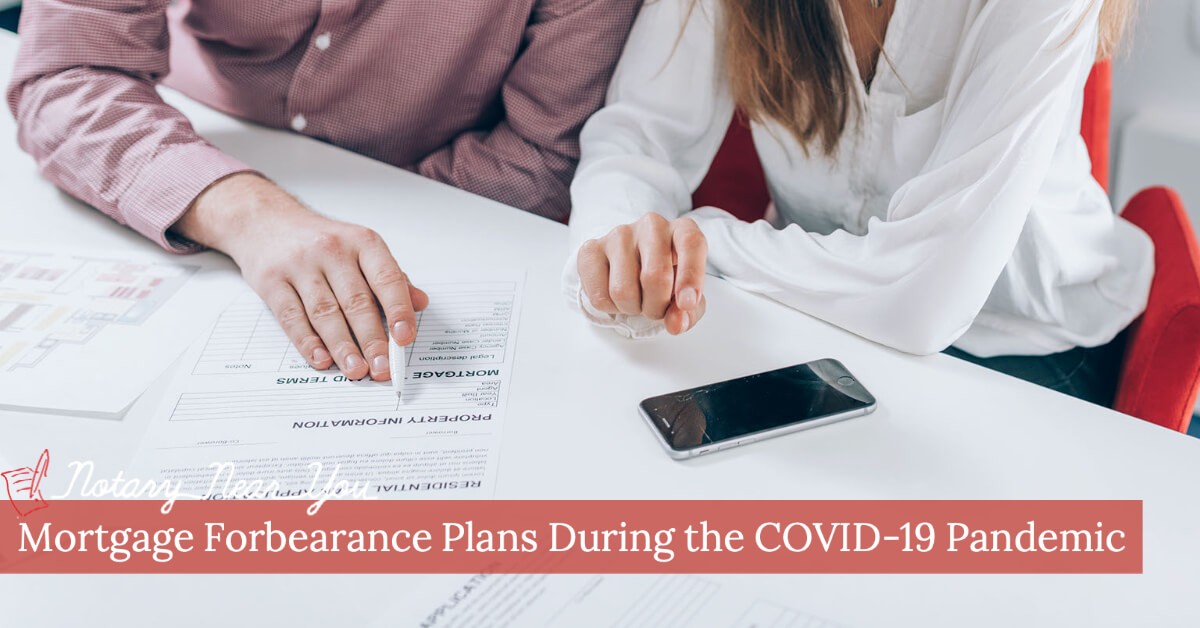 Understanding Mortgage Forbearancce Plans, and taking advantage of them during the COVID Pandemic provides borrowers with options, but it’s important to understand how the programs work and what the impact of entering into a plan will have on the future of your mortgage.

November 25, 2020 Notary Near You Uncategorized No comments
Notary Near YouMortgage Forbearance Plans during the COVID-19 Pandemic11.25.2020
read more 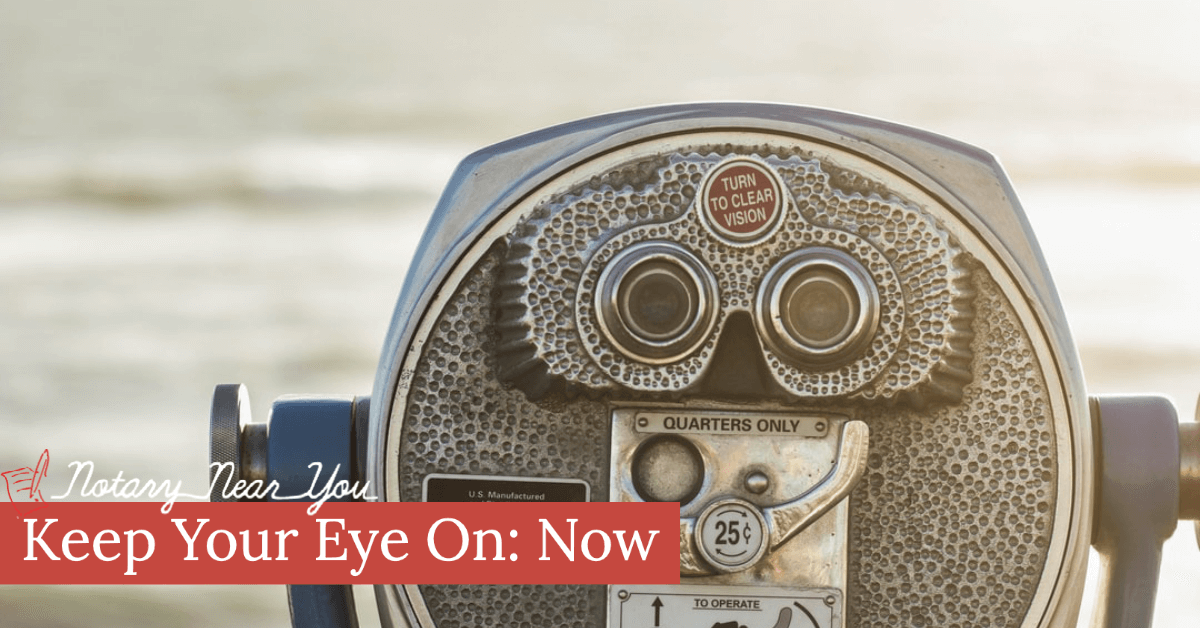 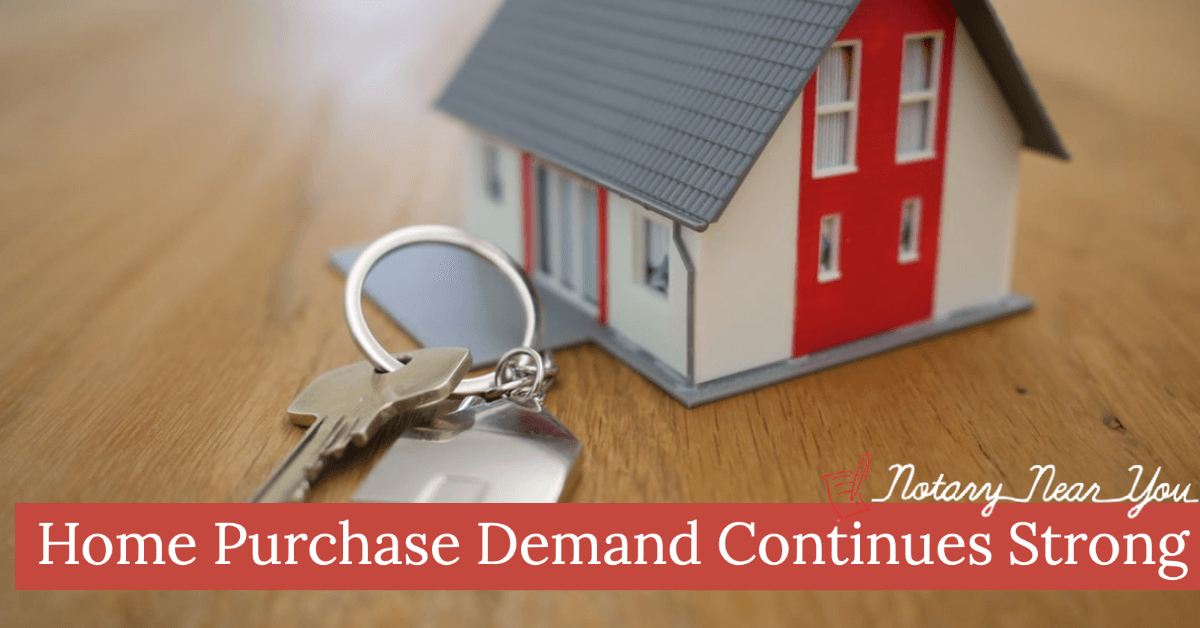